“Rage, intelligence, laughter: they’re all here in Robert Cohen’s Going to the Tigers. Who knew that literary criticism and memoir could be this entertaining and this incisive, all at the same time? Like D. H. Lawrence—exasperated by low-voltage life, ordinary politeness, and everything else—these essays go all out, burning with infallible brilliance and wit as they approach those fearsome, death-dealing metaphorical animals, the tigers.”
—Charles Baxter, University of Minnesota — Charles Baxter

“A miracle of voice, a virtuosic demonstration of how sliding up and down the tonal register can convey genuinely deep (and conflicting) modes of feeling and thought. Irresistible.”
—David Shields, author of Reality Hunger: A Manifesto — David Shields

“I came out of this book so glad to have read it. These are brilliant essays, in which the life of the mind is a radiant and cranky thing. As I read nonstop, arguing and assenting, I kept being dazzled—the ideas kept giving me ideas. A triumph.”
—Joan Silber, author of Secrets of Happiness and Improvement — Joan Silber

“Robert Cohen is a wonderful fiction writer and renowned teacher and this collection of essays on writing and reading, filled with lucent insight and almost insouciant erudition, proves what many of us have known for years, that he’s thrillingly excellent intellectual company. The rueful wit, and slightly grizzled wisdom of this charming, brilliant, soulful book has swiftly made it one of my favorites on the writing life.”
—Peter Ho Davies, author of The Art of Revision: The Last Word — Peter Ho Davies

“In this homage to negative capability, Robert Cohen writes with marvellous wit, passion, erudition and self-deprecation about the journeys he has taken with some of his favourite writers. Going to the Tigers is pure pleasure, and reading it made my brain feel larger.”
—Margot Livesey, author of The Boy in the Field — Margot Livesey

“Robert Cohen brings the same humane sensibility to his nonfiction that is everywhere evident in his fiction. I love the way that he both promotes and erodes certainty in these eleven literary pieces of uncertainty and quest. As a writer who reads prose to save his life, he is frequently both funny and sad at the same time—droll, dizzying, street-smart, imaginative, and wise.”
—Edward Hirsch, author of 100 Poems to Break Your Heart — Edward Hirsch

“What a master class this is–not only about the art of writing, but also about the glorious, messy, hilarious, soul-stirring, lifelong practice of being a writer. In these essays, Robert Cohen is both incisive and fearless. Anyone interested in writing seriously needs to read this book.”
—Stacey D’Erasmo, author of The Complicities — Stacey D’Erasmo

“I read Robert Cohen’s work to learn how to be a better writer. His command of the prose, the elegance of his sentences, his sense of irony coupled with compassion are a gold standard in my book. He is a fabulous writer and critic of writing.”
—Julia Alvarez, Middlebury College — Julia Alvarez 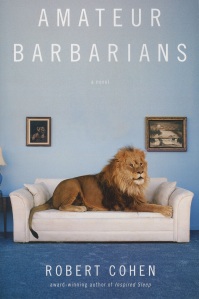 “With its humour, accurate social barometer and attentive characterization, this lively novel wonders whether we mature emotionally or simply age physically…Cohen writes with the memorable accuracy of a poet and the humour, indictments and generosity of a large-hearted satirist.” – Toronto Globe and Mail

“Supremely funny, big-hearted…Such is Cohen’s generosity and good humor, and the playful acuity of his prose, that though it’s clear neither man will likely overcome this restlessness—their discontent is too innate, too hardwired—you find yourself rooting for them all the same.”  — The Daily Beast

“Artfully juxtaposing two contrasting personalities (as he did in Inspired Sleep ), Cohen explores the terrain of male middle age in a novel that keenly observes the dissatisfactions of contemporary life.”  — Publishers Weekly, starred review

“Cohen has a superb ear for the rhythms of suburban speech, for the offhand nonchalance with which people dismiss each other’s dreams, and for the murky monotony of desperation.” – Kirkus Reviews 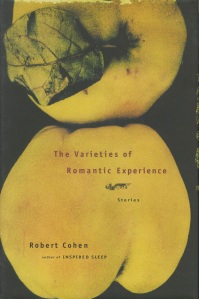 “A blaze of silken prose…eager for life, bursting with emotion, alive to impressions and sensitive to the poise, the sinew, and the flavor of the individual phrase.”  — The Buffalo News

“With the perfect pitch of a Chekhov satire…Cohen can extends a series of metaphors like taffy.”  — New York Times Book Review

“Ruefully funny…the temptation with Cohen is to go on quoting him all day.”  — San Francisco Chronicle

“Few books are as all-consuming as Robert Cohen’s Inspired Sleep, which may serve to remind readers why they continue to cast their lines into the shrinking lake of contemporary fiction. Moves effortlessly between the hilarious and the heartbreaking…inspired all the way.”  — New York Times Book Review

“A unique reading experience…you are caught and there is no escape until long after the final page is turned.”  — Denver Post

“A great fat multiplex of a novel, beautifully written, funny, moving, sardonic and sad, it’s a brilliantly executed indictment of our biomechanistic age, where there’s a cure for every ache and, more importantly, an ache for every cure.”  — Toronto Globe and Mail

“Wild and ingenious…I wonder whether anyone has done insomnia so well since Gilbert and Sullivan’s ‘When You’re Lying Awake with a Dismal Headache.’” – New York Times

“Smartly observed and stylishly written…It’s not the interpretation of dreams but the meaning of our waking hours that is up for grabs here.”  — The New Yorker

“Cohen reveals the perilous depths hidden beneath ordinary life, the sudden yearnings that move us…and he accomplishes this with brilliance, precision, and humor.”  — San Francisco Chronicle

“Cohen may be the first writer of his generation to work confidently in the capacious, literate, and high-comical vein opened by Saul Bellow in The Adventures of Augie March.”  — Sam Tanenhaus, Chicago Tribune

“An intimate, stunningly written portrait of a man and his reluctant confrontation with the past…all narrated in a voice that often approaches sheer poetry.”  — New York Times Book Review

“Reading a fine first novel is like falling in love: it’s a rare and dizzying experience, conferring, seemingly out of nowhere, an unexpected beneficence.  That’s precisely the way I felt after reading The Organ Builder.”  — Dan Cryer, Newsday